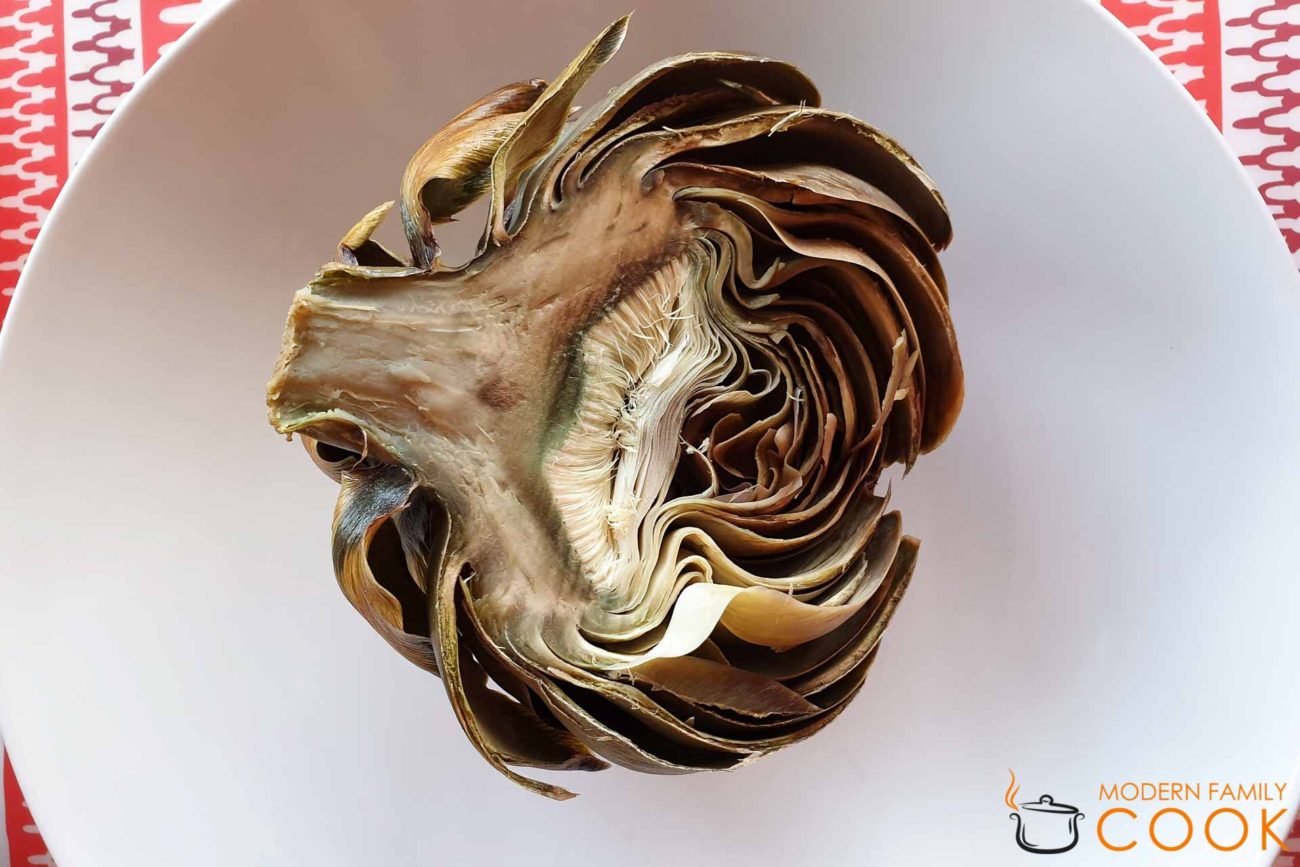 Artichokes…They are probably familiar to you but I haven’t met them until now. But for everything, there is a season, and I was to meet them first in France, Toulouse, by the Garonne river, in my friend’s kitchen 🙂

By tradition, before cooking something new, let’s learn more about it.

An artichoke is neither a fruit nor a vegetable. It’s a flower. But more like a weed 🙂 Even though it’s considered a weed in Australia, in Italy, France, and Spain it’s used for food. Both large and mature artichokes (like in the photo) and small and tender ones can be consumed.

Today we’re going to cook large artichokes which are not just delicious but also very unique in terms of cooking and eating.

An artichoke is usually boiled or microwaved until tender and served with a sauce made of apple cider vinegar, salt, and olive oil. It’s eaten by pulling off petals one at a time and dipping them into the sauce.

Only the base of an artichoke petal is edible, so dip this part into the sauce. Pull through teeth to remove the soft portion of a petal. Paired with a glass of white wine and a nice conversation, it’s perfect! When all the petals are eaten, remove the choke and eat the heart.

If you come across nice artichokes in a supermarket, don’t hesitate to buy them. You’ll love them!