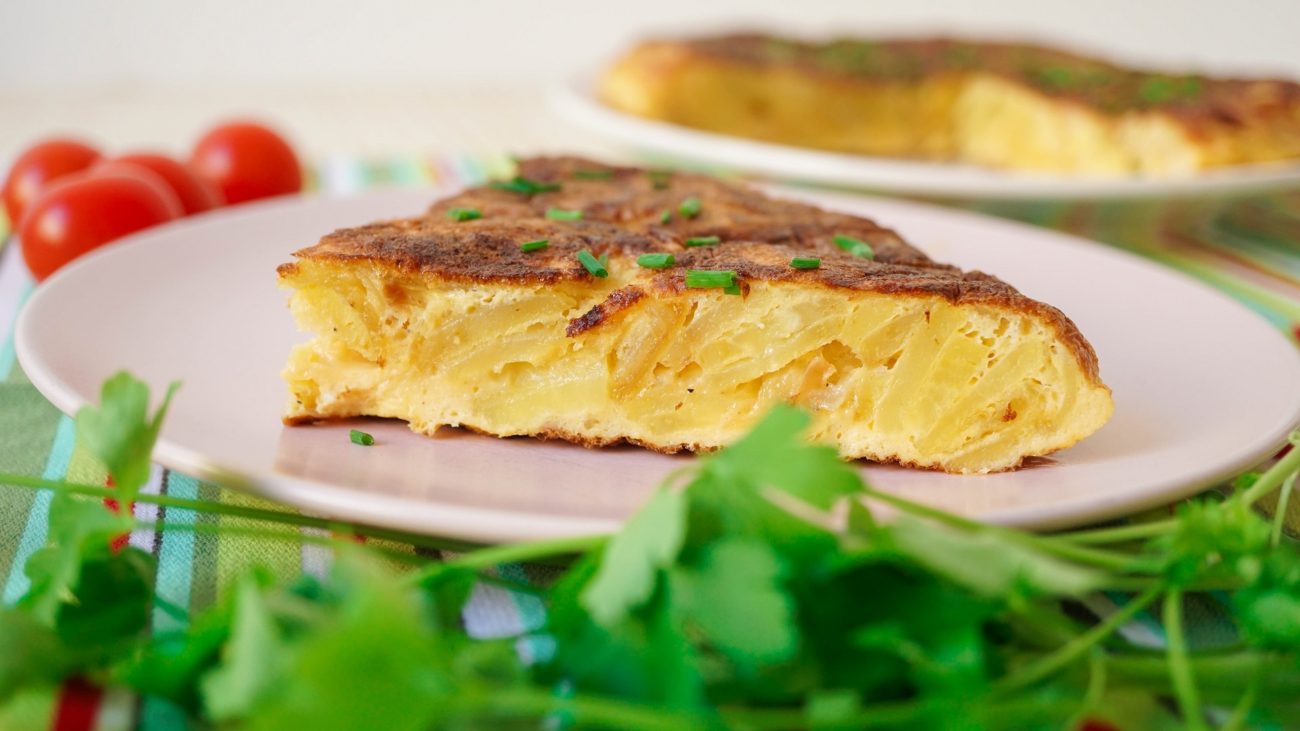 In Spanish tortilla means “little cake”. Tortilla is the name for both Spanish and Mexican dishes. The original variant of tortilla is Spanish, and it refers to an omelet made with onion and potatoes. Later Spanish who came to Mexica gave this name traditional Spanish flat bread made from corn or wheat flour. Both tortillas are one of the most distinctive dishes for both Mexican and Spanish national cuisines.

I first tried tortilla when I took part in paella workshop at Valencian woman’s place in Vienna. We began the workshop with Spanish red wine, tapas and talks. The Valencian, former actress, now married to an Austrian, is an owner of a small Spanish food and wine shop in Vienna. She served us many various appetizers, and one of them was cold and cut in pieces tortilla. It was so delicious, that we snap up it within 5 minutes. Its salty-sweet (provided by cooked onion) and potato flavor is perfectly paired with “thick” flavor of red wine.